Due to health concerns regarding the COVID-19 virus and its variants, the next ASDA Meeting has been rescheduled to October 19-22, 2022, at the Renaissance Esmeralda Resort & Spa, Indian Wells near Palm Springs California.

We were looking forward to being with you at this year's annual ASDA conference in Sarasota. We are deeply grateful for the loyalty, support, and commitment you have shown to the ASDA in the past. With so many first-time attendees signed up, excitement was building with the opportunity to form new friendships.

Unfortunately, based on the current outbreak of the COVID‐19 virus in Florida, the Executive Board decided unanimously that we do not want to jeopardize anyone's health. Therefore, we are postponing this year's ASDA conference. It is with an abundance of caution and concern for your safety that we reached this decision.

We are hopeful to be able to see all of you next year in Palm Springs, California, October 19-22, 2022 at the Renaissance Esmeralda Resort & Spa, Indian Wells. Thank you for being part of what the ASDA has been
and for what it will yet become. 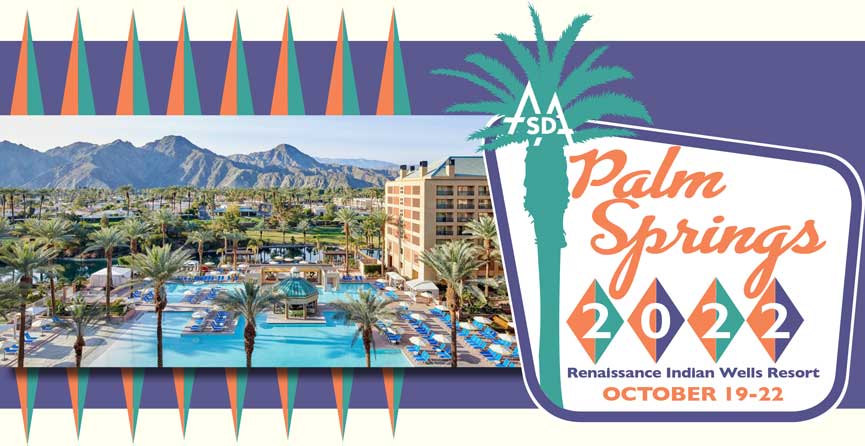 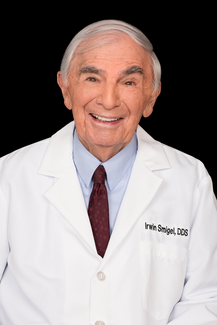 The American Society for Dental Aesthetics (ASDA) was founded in 1976 by Dr. Irwin Smigel, the current president of the organization. Internationally acknowledged as the "Father of Aesthetic Dentistry," Dr. Smigel earned this celebratory moniker from his peers for his work in establishing and contributing to the field of cosmetic dentistry. His leadership began in 1970 when he created the bonding technique. Since then, he has been at the forefront of numerous significant developments in cosmetic dentistry, including porcelain veneers, laminates, teeth whitening, and enhancing patients' facial structure through dental techniques.

Dr. Smigel set out in the early 1970s to improve how dentistry was practiced and perceived. At the time, the public often associated dental care with painful restorative procedures. Dr. Smigel had the novel vision of orienting the field towards greater patient comfort and cosmetic artistry. His first major step in transforming the industry began when he developed the bonding technique, which became popular for its potential to painlessly improve the appearance of a patient's smile.

Dr. Smigel established ASDA to foster learning and networking among the cosmetic dentistry community. As the field grew, he continued to raise awareness of cosmetic dentistry's advancements, most notably through the publication of the 1979 best-selling book Dental Health/Dental Beauty. This book became the blueprint for the concept of aesthetic dentistry both within the industry and the public at large. The popularity of the book led to Dr. Smigel's appearance on the TV show That’s Incredible. During that airing, Smigel performed the first-ever nationally televised bonding demonstration before 50 million viewers. The event brought bonding and cosmetic dentistry into America's living rooms, setting the stage for the popularity of aesthetic techniques that persists to this day.

Dr. Smigel has appeared on a wide range of national television programs, including The Today Show, Good Morning America, Regis & Kathy Lee, NBC News, ABC News, Fox News, CBS News, CNN, and other major talk shows. Often in the public eye, he has authored more than 110 journal articles, and has been featured in various fashion magazines. Dr. Smigel also serves on the Dental Advisory Board for Dentistry Today, and has been instrumental in establishing aesthetic dental societies in France, Italy, Japan, Korea, India, Brazil, Turkey, and Israel.

For his significant contributions to dentistry spanning several decades, Dr. Smigel has been recognized in numerous ways. In 1994, he was was honored with the Outstanding Contribution to Aesthetic Dentistry Award from the American Academy of Cosmetic Dentistry. In 2000, The Smigel Prize was established in his name by New York University of Dentistry to honor a dentist who has made consistent contributions to dental aesthetics and continuing education. The prize itself was designed by one of Dr. Smigel's patients, Calvin Klein. The Smigel Fund has also been established at NYU to provide aesthetic dental care for young people pursuing careers in the performing arts who otherwise might not be able to afford treatment.

As much as Dr. Smigel enjoys engaging with the community through his leadership and educational endeavors, he is continually passionate about performing the hands-on work of a cosmetic dentist. From his successful practice in New York City, he continues to treat patients, including some of the most recognizable smiles in the country. 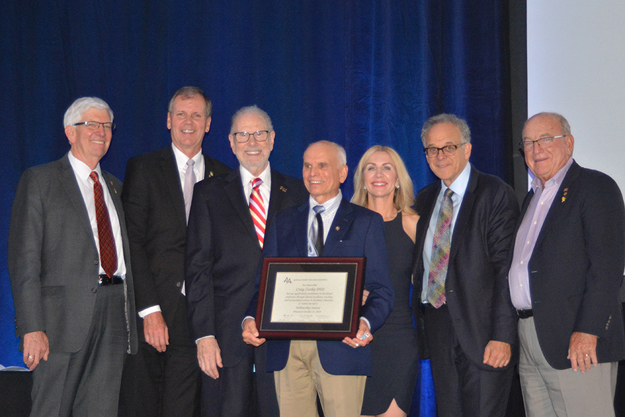